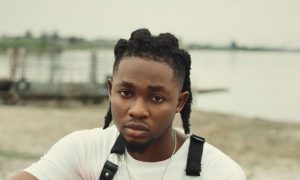 Singer, Omah Lay has stated that he was robbed at the airport as his laptop, microphone and audio interface were removed from his box.

The singer who had a running with Ugandan authorities last year, disclosed this on his Twitter handle this evening. He however did not state in which of the airports he was robbed.

”So they stole my laptop, microphone & audio interface from my box at the airport LMAO, y’all looking for a hit record or what?”he tweeted

Previous ArticleEdo State Government will not cede any land to herdsmen for grazing – Obaseki
Next Article Ex-Customs boss, Abdullahi Dikko, dies at 60