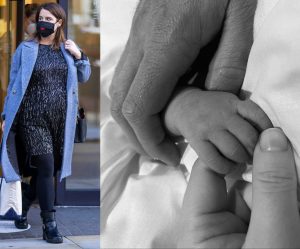 Princess Eugenie’s newborn son is expected to have a title nor an official royal role amid reports that the Queen’s granddaughter wants to focus on motherhood and her career rather than picking up any royal duties in the future, and wants the same for her child.

The Queen’s granddaughter, 30, and her husband Jack Brooksbank welcomed their son on Tuesday at The Portland Hospital in central London. The child is yet to be named. 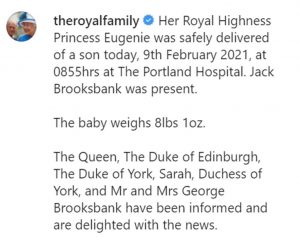 The child is Queen Elizabeth’s ninth great-grandchild and 11th in line to the throne.

The Queen could bestow a title on her ninth great-grandchild if desired, but it will not be asked for, sources say.

The source, believed to be a family friend, added titles “don’t matter” to Eugenie and Jack and the couple only want a ‘happy healthy child”. 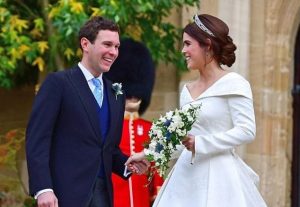 They said last year: “Eugenie knows that a title can be a curse as well as a blessing and she and Jack want their child to live an ordinary life and eventually work to earn a living.”

Queen Elizabeth II could decide to grant the baby boy a title but only by giving Jack an earldom or issuing a Letters Patent amending the rules.

Royal commentator Rachel Bowie said on the Royally Obsessed podcast: “They’ve declined. The Queen offered Jack a title when they got married but he said no then. I feel like that trend is going to continue with the baby.”

Another royal insider suggested Eugenie and Princess Beatrice want to step out of the royal spotlight after their father Prince Andrew’s controversies.

They said: “Although Andrew was always pushing for them to have more royal responsibilities, all Bea and Eug have ever really wanted is to live their own lives, while supporting the Queen when the need arises.

“In many ways, what has happened with their father has finally settled the debate over their future.

“It actually makes life a little easier for them.”