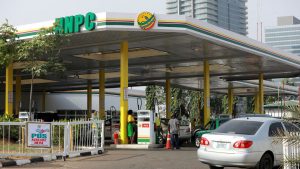 The Nigerian National Petroleum Corporation (NNPC) has said there will be no increase in the pump price of petrol until it completes its negotiations with organised labour.

This development comes hours after the group managing director of the corporation, Mele Kyari, announced that the NNPC can no longer bear the cost of subsidy. Kyari had said the NNPC can no longer bear the burden of underpriced sales of petrol, adding that the market price needs to be implemented. He said NNPC pays between N100-120 billion a month to keep the pump price at the current levels.

Obateru in the statement released said although the NNPC currently bears the burden of petrol subsidy, the current price will be maintained at N162 until ongoing engagement with the organized labour and other stakeholders are concluded.

According to him, NNPC has made arrangements for robust stock of petroleum products in all its strategic depots across the country to keep the nation well supplied at all times.

He urged petroleum product marketers to desist from arbitrary price increase or hoarding of petrol.

The spokesman also warned against panic buying, stressing that NNPC was committed to ensuring energy security.