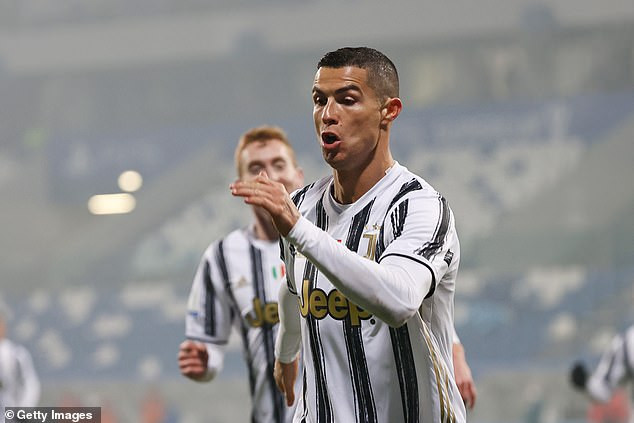 The Czech FA has made shocking claims that Cristiano Ronaldo has not broken the all-time goalscoring record after he scored his 760th career goal.

However, less than 24 hours after Ronaldo scored his 760th, the Czech FA have refuted the claim after finding out that a season in the record books shows that they had missed when calculating Bican’s total haul.

They are now claiming that Ronaldo is still 61 short of Bican’s tally, which they say is 821.

A tweet published by the Czech FA on Thursday dismissed Ronaldo’s claim to the No 1 spot, writing: ‘The History and Statistics committee of the Czech FA counted all the goals scored by the legendary Josef Bican and we can declare he scored 821 goals in official matches.’

‘Mainly because from the whole amount of Bican’s goals you have to pick just the official ones, which is complicated. Our history and statistics committee of Czech FA started to deal with this problem.

‘We based our research on statistics from prestigious international statistical websites that state 805 goals with notice that goals scored by Bican in 1952 in the Czech second division for Hradec Kralove are missing.

‘We managed to find them – 53 goals in 26 games – and we also double-checked every detail about Bican’s league, cup and international matches.

‘After that we came out with the official number of Bican’s scored goals. On behalf of the history and statistics committee of Czech FA, we can proclaim that Josef Bican scored 821 goals in official matches.

‘It means that Cristiano Ronaldo is not the best goalscorer in history yet, and he has to work more to break this record.’

Bican was a prolific goalscorer during his career between the 1930s and 1950s, scoring most of his goals for Slavia Prague between 1938 and 1948. He also featured on the international stage for three different countries; Austria , Czechoslovakia, and Bohemia-Moravia in