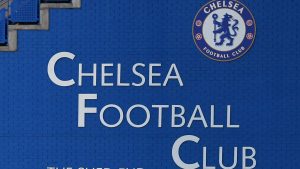 Chelsea have banned an individual for 10 years for sending antisemitic and offensive messages on social media.

Sam Mole, 20, from Kettering, was charged with sending racially or religiously aggravated malicious communications relating to a series of abusive tweets to freelance journalist Dan Levene in October 2019.

He was handed a three-year restraining order prohibiting him from directly or indirectly contacting Levene, posting messages about him on social media, or encouraging others to do so.

As reported in February by the Daily Mail, Judge Nick Watson told Mole: “The law prohibits me from punishing you.”

He described it as “unpalatable” that Mole had “escaped the consequences of his actions even though the impact of the offence was clearly felt”.

Judge Watson added: “Most would think sending them should be an offence, whether the sender is in this country or abroad.

“You can regard yourself as fortunate the law prohibits me from punishing you for an offence most people would say for which you should be punished.”

Since the conclusion of court proceedings, Chelsea have conducted an internal investigation and have decided to ban the 20-year-old from the club for the next 10 years.

A Chelsea statement on Friday read: “Following the conclusion of court proceedings in February, the club conducted our own investigation into the matter and has taken the decision to ban the individual from Chelsea FC for a period of 10 years.

“Everybody at Chelsea is proud to be part of a diverse club. Our players, staff, fans and visitors to the club come from a wide range of backgrounds, including the Jewish community, and we want to ensure everyone feels safe, valued and included. We will not tolerate any behaviour from supporters that threatens that aim.

“More broadly, we are clear that there can be no place in our game, nor our society, for racism, antisemitism, homophobia, sexism or any form of discrimination. In sport, as in wider society, we must create a social media environment where hateful and discriminatory actions are as unacceptable online as they would be on the street.

“As a club, we will continue to take action against individuals or groups who produce or disseminate social media posts that contravene these values.”